We live in a post-heroic age, or at least post-Napoleonic style heroism. We no longer need to be the leader that has all the answers and tells others what to do; but we need to become the leader who invites multiple voices to participate in a creative dialogue to find solutions. This is required in the outer world, wherever we need to make decisions, but also in finding peace on our inner battlefields.

2) Why do we need changes in leadership style?

Aside from the ravages of blind, self-serving aggression over human history and still seen in modern organisations, technological changes and scientific evidence mean that we are becoming increasingly aware of our interconnectedness as a species as well as the finite nature of the resources available to us on the planet. We have a choice-point as to whether to continue fighting each other or collaborate…

My own work is changing. While in the past, my talks focused on the technical aspect of my global health research or policy experience, now I focus on the message which can be summed up thus:

Leadership in the Age of Complexity: From Hero to Host

3) How can leadership be transformed: the role of the feminine

First, it should be made clear that, for the purposes of this article, feminine and masculine are only loosely associated with women and men, respectively. All humans have both masculine and feminine qualities. Which ones they predominantly embody depends on various factors both constitutional and cultural.

That being said, an international research survey of 64,000 people reported in the Harvard Business Review examined opinion using nationally representative samples in 13 countries — from the Americas and Europe to Asia. The results point to “widespread dissatisfaction with typically “male” ways of doing business and a growing appreciation for the traits, skills and competencies that are perceived as more feminine”.

Of the top ten leadership competencies that people believe are needed in today’s world, only two of them were viewed as “masculine” while the other eight were “feminine” (see table below).

If the research is representative (and the methodology suggests it is), it appears we all need to look down the list and take stock of where we are doing well and were we need to do some personal development work.

Out of curiosity, I explored what masculine and feminine leadership might look like in myself - see the short video below.

4) Transcending stereotypes and finding solutions: the hieros gamos and tapping into your inner-genius

The hieros gamos (= sacred marriage in Greek) is an ancient metaphor that has persisted in mythology and religion, and was explored by psychotherapist Carl Jung. At the symbolic level it represents the combination of opposites.

Some believe that this is an emerging answer to mythology scholar Joseph Campbell’s question: “What is the new mythology to be, the mythology of this unified earth as one harmonious whole?”. In other words, how do we move away from the dominant mythology of the leader as a conqueror to something more balanced?

Physicist and philosopher David Bohm believed geniuses were able to think different thoughts because they could tolerate ambivalence between opposites. In research on creativity, this ability is identified in a wide variety of geniuses including Einstein, Mozart, Edison, Pasteur, Joseph Conrad, and Picasso.

Nobel Laureate Physicist Niels Bohr believed that if you hold opposites together, then you suspend your linear thought processes and your mind moves to a new level of consciousness where creativity (the combination of pre-existing objects or thoughts in novel ways), and therefore innovative solutions, can emerge. In fact, Bohr’s ability to imagine light as both a particle and a wave led to his conception of the principle of complementarity, taking physics to a new level.

Similarly, Marx’ theory of dialectic materialism holds that political and historical change result from the conflict of social forces (over material needs), and are interpretable as a series of contradictions and their resolutions. Whatever one thinks of Marx and regardless of the validity of his theory in reality, this mode of thought bears strong resemblance to the high level thinking described above.

Gay Hendricks, Eckhart Tolle and many other thought leaders like in the coaching world speak of transcending egoic limitations on thinking to higher levels of thinking (the zone of genius). Psychologically, they also describe the resolution of apparent contradictions in lower levels of thought (usually related to survival needs) to finding novel, comprehensive solutions that tap (and lead) into a higher level of cognitive function.

The process involves an ability to hold greater complexity yet integrate its different facets to come up with comprehensive, practical solutions. In today’s complex world, this way of thinking and behaving is more important than ever. We are all capable of it. With faith and determination, we can become greater and more valuable leaders wherever we are called to do so.

5) What does this mean for masculine and feminine approaches to leadership?

The study mentioned above suggests a need for a rebalancing with greater emphasis being given to the “feminine” traits of the human psyche, as developed nations move from manufacturing to knowledge and services and try to address complex solutions that require collaboration.

However, the contradiction between male and female approaches can be resolved and transcended and the hieros gamos is a useful metaphor.

The answer lies in greater self-awareness of the benefits and limitations of the different approaches; how we individually embody and use them; and making conscious decisions in how we behave. Mindfulness practice through meditation or other tools to develop self-awareness is key, of course.

From a mindfulness perspective, the feminine represents the part of consciousness that is able to receive, is sensitive to signals or input and is able to respond to them in a flexible manner. It acknowledges impermanence and is therefore playful about any new “facts” as it knows nothing lasts. It can receive and let go very quickly as dictated by the needs of the moment and therefore allows much greater attunement to its environment.

This is why women are often depicted as being more closely connected to nature, their emotions, each other’s emotions and the needs of others including groups, organisations and so on. The positive aspects of this state of mind in terms of leadership are: empathy, lightness of touch and inclusion/collaboration. The negative aspects are: lack of direction and over-expression.

The masculine on the other hand represents directional force, that follows a single path to the exclusion of all others and to the exclusion of information or input whether internal (own emotions) or external (other's emotions). It sees its purpose at that particular point as the only valid direction. The positive aspect of this state of mind in terms of leadership is: effective implementation and delivery; the negative aspects are: arrogance, ruthlessness and exclusion.

Note: The word emotion derives from the Latin “ex” (= out) and movere (=move) i.e. “to move out” or, simply, “to move”. Hence, emotion is the energy contained within any powerful action.

The masculine and feminine at their purest can be seen as reflected in this mindfulness for leadership matrix by Rasmus Hougaard. A transposition would be: focus = masculine; open awareness = feminine. Note that the positively balanced state (mindfulness) results when the best of them combine; while the worst state (mindlessness) results when the worst of the two combine. The positively balanced state can only be attained when one pulls the other.

Another, colourful representation of how the feminine and masculine can balance each other comes from Indian mythology. The goddess Kali was born out of an attack on the female goddess Durga to protect her from the aggression (note the absence of the protective masculine in this scenario).

Kali’s rage becomes unstoppable until the male god, Shiva, intervenes. However, he does not use force or problem-solving but brings presence and great courage to the situation. Kali is often depicted as standing on Shiva's body...

Many interpretations of the story exist, but one of them is as follows: he balances her rage with his courage to be immovable (c.f. non-violent surrender). As Kali is about to strike, she recognises him through his deep presence and she wakes up from her trance, ending the carnage. They are, then, free again to create worlds together.

Of course, the mythology could be as acceptable reversing the masculine and feminine. Shiva is also known as the “destroyer” and another aspect of the feminine, that mirrors Kali, is Parvati. Parvati represents the devotional aspect of the feminine and helps to calm Shiva. The point is that the apparent contradiction in feminine and masculine approaches to life is an illusion; and that the masculine and feminine are ineffective if not destructive when not working together.

At the most fundamental levels of psychology, the masculine and feminine become irrelevant. They are useful as symbols to represent constellations of behaviours related to aggression, protection and openness that exist within all of us and between us.

Returning to the transcendence of contradiction, the conscious combination of the principle of motion (emotion) and the principle of directionality for creative purposes is essential to our evolution as a species and therefore of forms of leadership going forward.

Through the hieros gamos and similar mythologies, we may have access to collective meanings that can help to move away from patriarchal dominance and heal the rift between the “feminine” and “masculine”, allowing them to combine to powerful effect and consciously choose a noble purpose for humanity.

3 big lessons I got from creating my own job

The 10 New Commandments of Career Change: Thou shalt not tell your boss...

The 10 New Commandments of Career Change: Thou shalt not change career...but transform it

How to succeed at everything. It's not what you think

The basics you need to know about meditation: the metacognition magic pill

Should you work for a bully? [Wise Wednesdays]

Never let them put you down [Wise Wednesdays]

Are you in your creative FLOW or in your reactive WOLF? 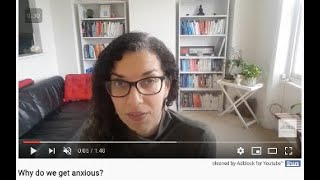 ‘Why do we get anxious?’ [Wise Wednesdays]